Why Syria matters to oil markets

But its neighbors produce a lot of it. The fear is that these neighboring countries could get dragged into the conflict, and oil production and transport may be interrupted. 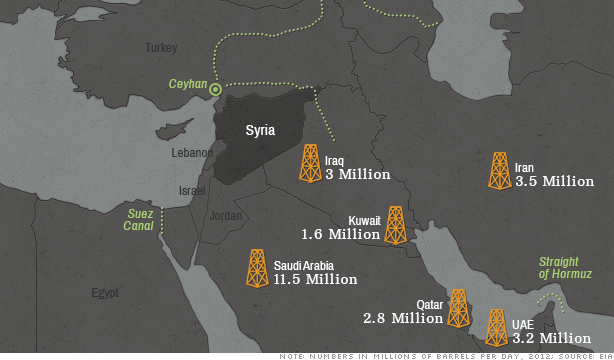 The possibility of these counties becoming engulfed in the war is remote, which is why U.S. oil prices rose only $5 a barrel following the news of an apparent chemical weapon attack. Call it the Syria risk premium.

But a broader war isn’t out of the question. Iran is one of the Syrian government’s main sources of weapons, while Saudi Arabia (along with Qatar) is arming the rebels. Many analysts see the Syrian conflict as a proxy war between these two countries.

Russia is also heavily involved, and is thought to have advisers on the ground in Syria. While no one is expecting the violence to spread to Russia itself, the country has been known to use its massive energy resources (10.4 million barrels of oil production per day in 2012) as a geopolitical weapon, cutting off exports to adversaries in the past.

In addition to oil production, Syria also sits near some import oil transit points. The Strait of Hormuz — a 21-mile-wide passage between Iran and the Arabian Peninsula — carries 17 million barrels of oil a day.

The Suez Canal and Sumed pipeline — through which 3.8 million barrels of oil or oil products pass each day — lie to the south of Syria, in Egypt, while the Turkish city of Ceyhan is just over the border to the north. Ceyhan is the terminus for pipelines carrying crude from as far away as Central Asia.

Syria itself would probably not target any of these transit routes, but some fear that other nations or groups may attempt to disrupt them in retaliation for any U.S. strike. While Syria has captured most of the headlines surrounding oil prices of late, there are other, real supply disruptions elsewhere that are also acting to keep oil prices high. 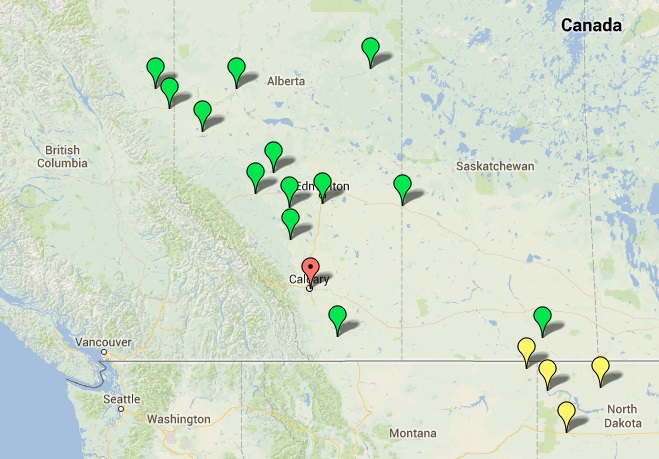